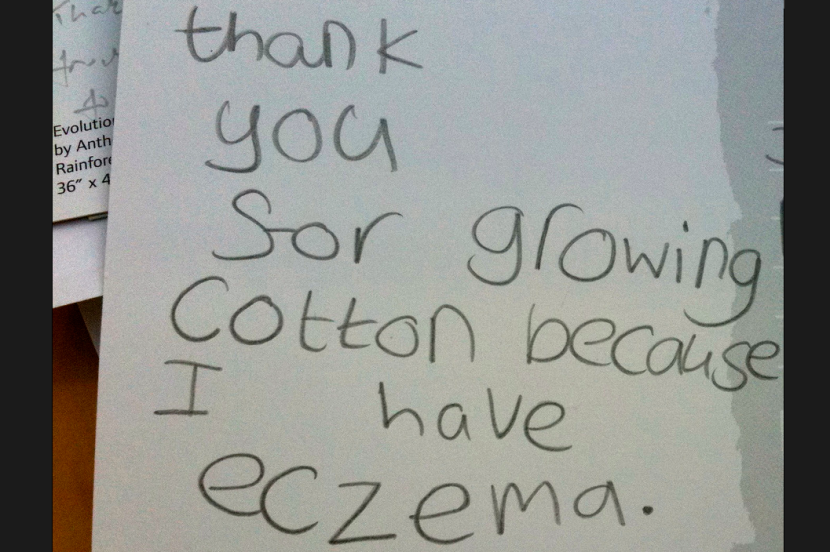 Last year, Ian became the Education lead for Fashion Revolution Day. He has been working with Nikki Mattei to produce FRD education materials for Primary and Secondary schools, Further Education colleges and Universities in time for the second anniversary of the Rana Plaza factory collapse on 24 April. These will be published later this month but, as a taster, he has written a blog post on FRD’s approach to education on the European Year for Development’s website. Its starts:

In the summer of 2011, we asked people visiting the Eden Project in Cornwall, England to write postcards. The architecture of its biodomes, the placement of plants within them, and the signs and activities explaining their cultivation and use are designed to educate visitors about the plants from which many everyday things are made. We stopped passers-by to ask if they had anything on them that was made from the plants they’d seen. Typically, people would mention their clothes or shoes. So we asked them to imagine someone whose job it had been to pick their cotton or tap their rubber. What they would say to that person if they had the chance? We asked them to write this down on a postcard. Almost everyone wrote ‘thank you’ notes. It’s surprising how many people say that they’ve never thought about this before. But, for some, writing a postcard can be a tipping point, the beginning of a process in which curiosity leads to research, which leads to action. Click for more